While there are hundreds of people from Nepal moving to Australia each year, Australians rather come visit Nepal instead. We’re mostly very familiar about Gori Didi. The bubbly adorable Australian who is just in love with Nepal and Nepalese culture. After her musical.ly videos went viral on the Internet, people showered her with immense love. Next came a cascade of questions from people wanting to get to know her. She was humble enough to answer and reply to the questions people asked over the Internet however, they’re really shocking.

She’s made a video in response to her fan queries, watch it here.  Amy Falzo or ‘Gori Didi’ as we like to call her starts off her video with a Nepali greeting. Cute! But when she says it right away that she knows only a little Nepali. Her lip syncing always seemed so natural that it’s hard to believe that she doesn’t know much Nepali at all. She later revealed that although she can read and understand Nepali a lot better, speaking it however, is a challenge. Nevertheless, her nepali accent is just overwhelmingly adorable and she is very slowly learning Nepali.

When asked what she loved the most about Nepal, she answered ‘no road rules’. Again, Cute! It’s what we would put on the list of what we dislike about our country. To westerners however, haphazard driving might be a crazy adventure on its own. Also, good news for her male fans because she supposedly doesn’t have a preference over whom she’d want as a life-partner. Though she realizes that inter-caste or inter-race marriage is kind of a nuisance here in Nepal, she’s totally open to marrying someone from a different country. 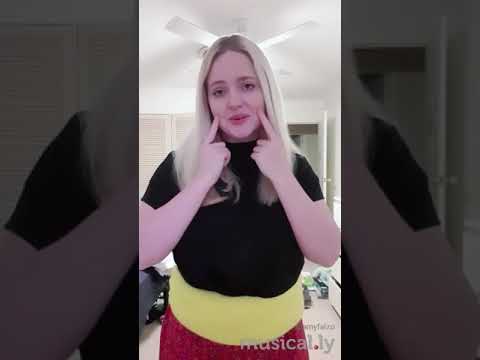 She finds our rich cultures and customs divine since Australia doesn’t have much traditions of its own and is looking to visit again soon. Possibly around the Miss Nepal seasons. She even wears ‘potey’ very fondly which confuses fans into thinking she’s married to a Nepali. She really isn’t. Nor does she have any Nepali relatives. It’s purely out of the love for our beautiful majestic country Nepal. Gori Didi also explains how tourists are mislead by outdated websites and we need to work more towards the areas of promotions. Something we probably never give much attention to.

Towards the end, she even sings a nepali song really beautifully. Watch the full video here.

5 Nepali Dishes Other Than Dal-Bhaat That You Must Try Once...

September 20, 2018
0
Be ready to inundate in a kitchen full of spices, varieties of items, the uniqueness of taste, highly nutritional foods enthralled by flickering firewood...

Why will I never leave Kathmandu?

10 Movies Every Wanna Be Entrepreneur Should Watch

You Won’t Believe Whom Sonam Kapoor Almost Dated Because of Anand...

College of Applied Business To Organize a Program: Make Your Gracious...